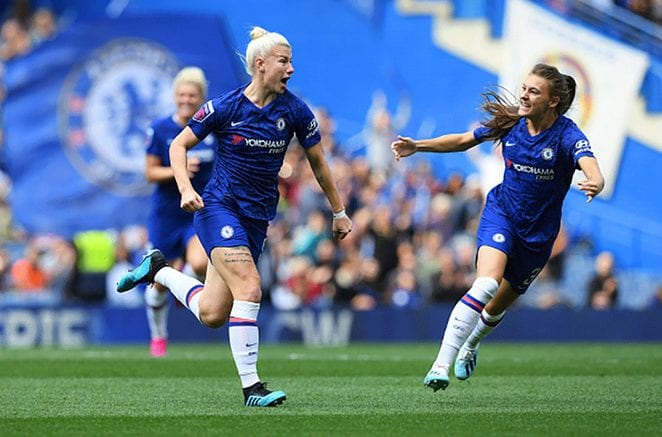 Yokohama-sponsored Chelsea Football Club Women made a winning start to their new Barclays Women’s Super League season with a thrilling 1-0 victory against Spurs in front of a record crowd for a Chelsea Women’s home game.

The game was the first domestic league match played by the team at Chelsea’s west London home of Stamford Bridge. A record crowd of 24,564 cheered on both teams, more than five times as many supporters as had watched the team’s previous record home game.

In the game itself, Chelsea’s top scorer last season, Bethany England, rifled in a magnificent strike from 25 yards out with less than five minutes on the clock. The Blues largely controlled the remainder of the match and importantly it provided a winning start in the team’s quest to regain the Barclays Women’s Super League title.

The squad will be heading to the south coast for their next fixture as they take on Brighton and Hove Albion Women on Sunday 15thSeptember.